Learn Burmese now. You'll begin with simple Burmese phrases and day to day vocabulary and advance at your own pace... seeing, listening and responding in Burmese. Fun to use and also fun to learn! We are one of the few companies in the world offering a comprehensive Burmese language course for Windows. If you have a Windows laptop, this will be an excellent way for you to learn Burmese.

A personal pronoun is what we call the English words 'I', 'you', 'he', 'she', 'we' and 'they'. The Burmese language does not differentiate between 'he' and 'she'. Burmese has only the word 'dū' which means both 'he' and 'she'. 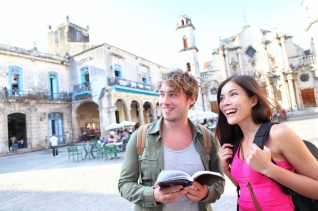 Burmese is also called the Myanmar language. Many people say that Burmese is one of the most beautiful languages in the world. With 'Speak! Burmese', you will learn to speak Burmese quickly and easily.

Enjoy a collection of stories in Burmese as well as hundreds of essential phrases and vocab. Ideal for those who would like to learn Burmese while jogging, exercising, commuting, cooking or sleeping. The MP3 files can be copied to your smartphone or your iPad (via iTunes).

The indefinite article in Burmese

A great companion for Burmese language learners, from beginner to intermediate level. Includes the most commonly used words in Burmese today. You can view the PDF dictionary on your smartphone or your iPad (using the free iBooks app).