How to use adjectives in Portu­guese

You want to learn how to use adjectives in Portuguese? You've come to the right place! Scroll down and see the short Portuguese lessons complete with useful examples. Big, small, happy, sad... we'll teach you all you need to know about Portuguese adjectives. 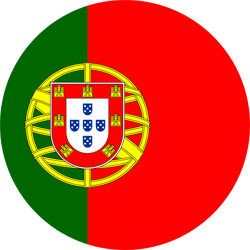 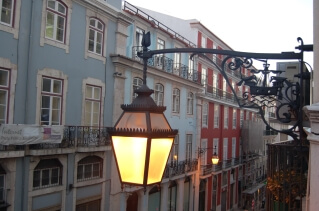 Portuguese is also spoken in Cape Verde, São Tome e Principe, Goa, Macau, and East Timor. If you are planning on doing some travelling, learning Portuguese would be a great way to make the most of your trip.

Basic words and phrases in Portu­guese

Learn to get by in Portuguese with these useful words and phrases. We'll begin by learning some basic Portuguese phrases which you can use for everyday communication. Learn Portuguese the easy, fun and fast way. Whether you're a complete beginner or you already know a few phrases in Portuguese, you'll be amazed at just how quickly you learn!

You can learn Portu­guese in just 9 easy steps.

If you want to go from beginner to fluent in Portuguese in a reasonable amount of time, you'll need a proven study method and daily dedication. Our nine-step Portuguese learning guide will show you how to teach yourself Portuguese in a structured,effective way. The steps below will take you through the progression of skills needed to learn to speak, read and understand Portuguese.

Adjectives are used to describe nouns. To get started, we suggest you learn the three Portuguese adjectives grande, pequeno and velho (big, small, old). Using the nouns livro, cadeira and porta (book, chair, door) which you learned in Step 3, learn to use each adjective with each noun (the big book, the old chair, the small door). You can scroll to the top of this page to see a short lesson about Portuguese adjectives including useful examples. After you've learned to use the adjectives grande, pequeno and velho with the nouns livro, cadeira and porta you can move on to Step 8 (Portuguese Verbs). Make the most of your trip to work by learning Portuguese words and phrases on the way. With this audio CD, you'll learn 1000's of Portuguese words & phrases in a very short time. The voice is in both Portuguese and English. Just listen, absorb and enjoy! We are one of the few companies in the world offering a learn Portuguese audio cd. If you have a CD player at home or in your car, this is the Portuguese course for you.